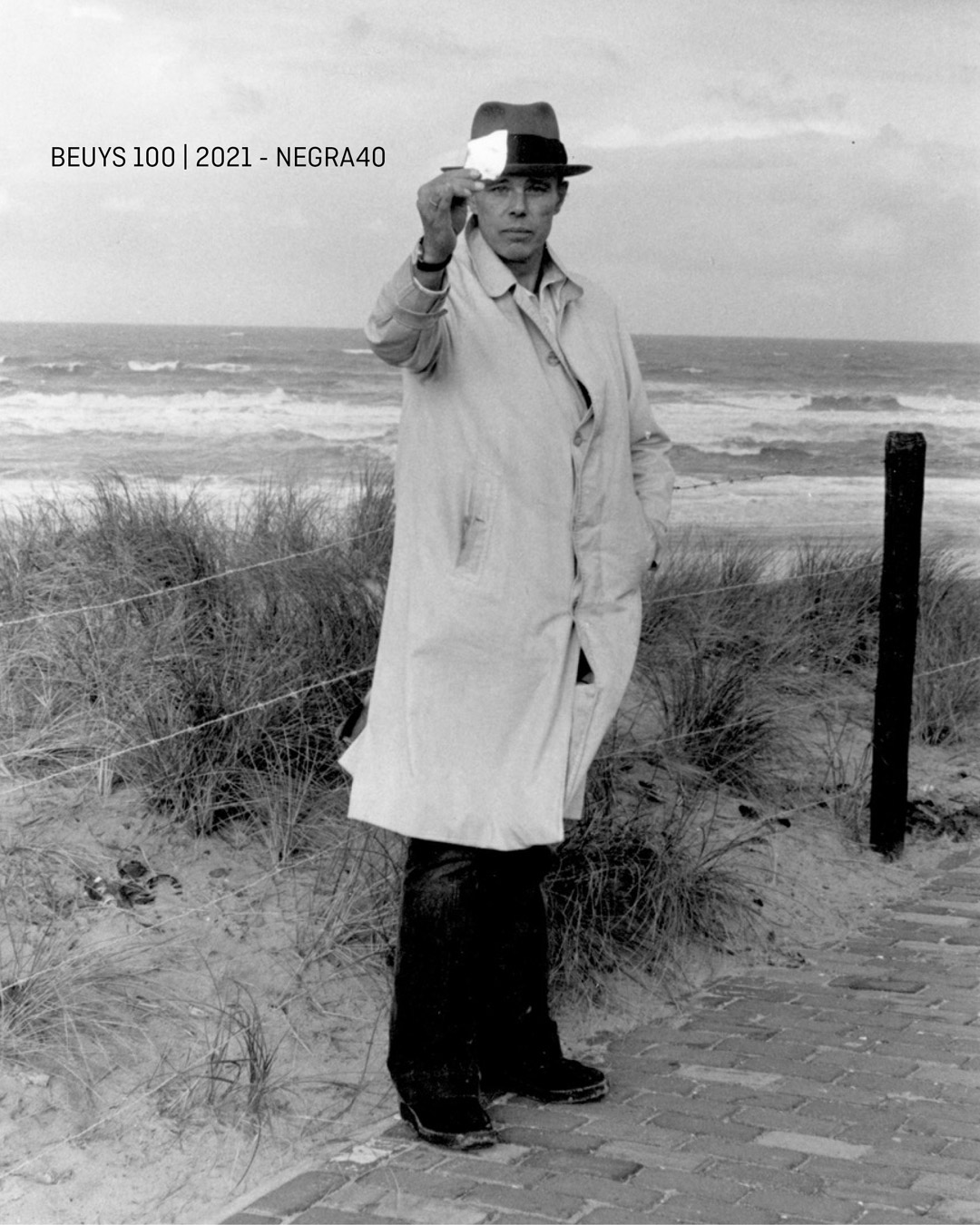 Joseph Beuys was one of the most significant artists of the 20th century, fact.

In 2016, on the occasion of the 40th anniversary of his death, we organised “Ampliación”, the first Negra40 and Drawing Club conferences aimed at reviving three central axes in his poetics: matter, heat and social sculpture. The 21st century receives the centenary of his birth in the midst of a global crisis, unprecedented for current generations and with very low energy levels to face this reality. However, not without a certain prophetic nuance, the Beuysian irruption into this mud would seem to remind us of its diagnoses and the causes of stagnation: that the rate of change continues to be slow in our societies and that, above all, it has slowed more and more since the launch of Social relations. And that the way out is still the human being.

This state of affairs leads us directly to register what is the deep meaning that Beuys’s figure and work come to inscribe in this present, and we think it is integrity. The crisis is not artistic, although we see a significant shortage in the ideas that feed the works of art and in the corporate perspectives of the institutions that regulate them. Art is not the central problem. The crisis, as announced by Josep Maria Esquirol, originates in the failure to recognise the basic coordinates that hold us to the world and to others, and in the absurd efforts that are made to avoid them. The “someone”, the “everyday”, the “close”, the “shelter”, the “softness”, the “simplicity”, the “friendship”, the “sincerity”, the “poverty”, the “community”, they have yielded to the illusory disintegration of a global village made up of ghosts. Joseph Beuys’ militancy was sustained by presenting a unified image of art and artistic relationships within the framework of a paradigm in which it ceased to be an accessory part of the great economic and political axis, and on the contrary, presented itself as the axial center over which all other relations are rearranged. That is why the crisis is one of integrity.

The artist’s centenary condenses and expands us. He retreats us once more towards the intimacy of personal, affective and cosmic processes to later incarnate and share them communally. What is important today? Where to put the energy? Where does art find a space without poison where to see the seed grow? In the same way, what institution will shelter us according to Pavese’s maxim «you will be loved the day you can show your weakness without the other using it to affirm their strength»?

We see no other way out.

To remember Beuys is to remember a way of proceeding prior to him, to which we bow and celebrate as a community.